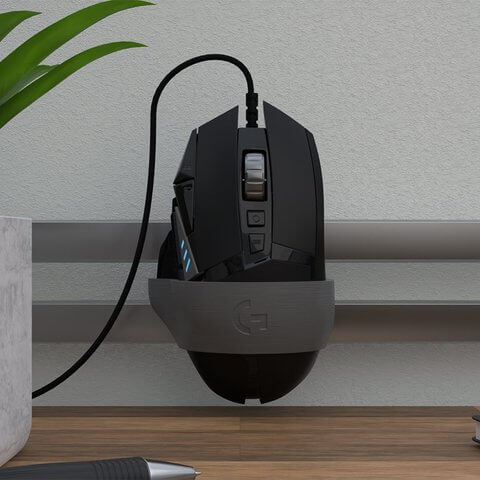 John and Miguel are fictional characters created for the sole purpose to express the daily struggles that engineers live when they are trying to achieve a design process without the use of 3D collaborative tools. A struggle that can become hard to sustain in a competitive world without 3D collaborative tools.

THE FIRST OUTCOME: The traditional one

John is an engineer that focuses his time on the ergonomic design of devices intended for human uses. He has to do hard studies and hard literature review on biomechanics in order for him to improve the design of existent devices. Right now, he is working on the design of a newer mouse case for desktop and laptop computers. The design has to be reliable, and with new features to improve the quality of the position for a human hand to feel comfortable. This will help by avoiding any future medical conditions related to bad positioning. A hard task to accomplish but very much appreciate by all humans -if he accomplish it-.

What tools John has to work with?

John has at his disposal a 3D CAD Modeling Software with an individual license. This license costs over 2500 dollars a year, a 3D collaborative modeling tool only for one computer use. During the development of the prototype, he has to talk to mechanical workshops, suppliers and other specialists to manufacture the mouse case prototype(s). After one month of work, John believes that he finds a possible way to improve the design of the traditional mouse case to meet his criteria. After he completes the 3D CAD model, he has to build a physical first version of this mouse case. If he is well connected, manufacturing the first prototype for further testing could take one week or two.

After he builds the first prototype, he proceeds to do some ergonomic tests on his mouse case. And we almost forgot, he works with one of his colleagues and a good friend on this project, Miguel, who lives in a different city. And to perform the first prototype testing, Miguel has to travel to John’s city to help him in the test and analyzing the results obtained with the first prototype. So far, we could say they have invested at least 4 weeks of their time to reach to the first test. And right now, they realize the changes they proposed to the mouse case, are not as helpful as they thought, so they have to keep designing.

They repeat the described process around 4 times until they manage to build a very useful prototype with the potential of being commercialized. So conservative estimations would say 4 to 5 months on this design and construction process.

THE SECOND OUTCOME: with a fresh and newer perspective.

In an alternate universe, John and Miguel decide to use the collaborative cloud-based software Solidface as their 3D CAD modeling tool. By this way they could both keep themselves up to date with the latest modifications of their project and to instantly receive and interact with the changes they are constantly making to the mouse case.

From start, the Solidface 3D collaborative process allows to not to waste time exchanging emails to share part files. The exchanging email process could lead to mistakes such as mixing older version files of the mouse case with the newer ones. According to frontapp stats, an average person spent 11 hours a week in their email, and it takes 23 minutes to recover the minds fully attention on a task after an interruption. These are valuable hours that could be spent on designing and thinking.

After the first changes are made to the traditional mouse case  John and Miguel choose to 3D print their first prototype. Each guy in their own city, 3D printed model allows them to simultaneously test its capacity and to make the changes without waiting for the typical one-two week manufacturing process associated time and avoids Miguel to perform the test without the need to travel.

Now, the total time to accomplish the process of first prototyping has been reduced from a nearly two weeks process to a range of a couple of hours to a one-day process. And in wider terms, the complete four or more repetitions need it to accomplish the final version of the mouse case has been reduced from 4-5 months described earlier, to 1-2 week by changing two of the technologies used in their process, allowing John and Miguel to make faster choices and rapid prototyping with a 3D printer and without incurring in highly-cost mistakes in terms of time associated to traditional software, without counting that just by the Solidface license pricing, (that, of course, has 3D printing compatibility) saved them more than 1500 US dollars to each one by changing from two individual licenses to two collaborative 3D CAD modeling license a year, in contrast to traditional software.

THE MORAL OF THE STORIES

John and Miguel’s first story, it’s the same as every engineer on every design process of any project. The constant struggle is to accomplish the goals proposed with slow traditional tools and processes, and also to have the ability to maintain yourself within a highly competitive level.

The second version of John and Miguel’s story is a look at how small decisions can bring different outcomes with a high value associated with them. This could be seen from different perspectives, like the manufacturing time and cost associated with the 3D printing process, and the ability to focus-thinking without unnecessary interruptions that allow to be able to develop high-quality designs, this last one associated to the technology that the Solidface software has with it.  The idea behind this story can be easily extrapolated to any other project.

Although not every prototype is able to be built in 3D printing due to certain limitations such as dimensions of the product. Every engineer prototype needs to be created in a 3D CAD modeling software. Meaning that unlike 3D printing could not always be a choice for the manufacturing process, 3D modeling is a constant in every design engineering process, and Solidface’s team is constantly working to keep the software at the best for you and your team to reach excellence on your projects.