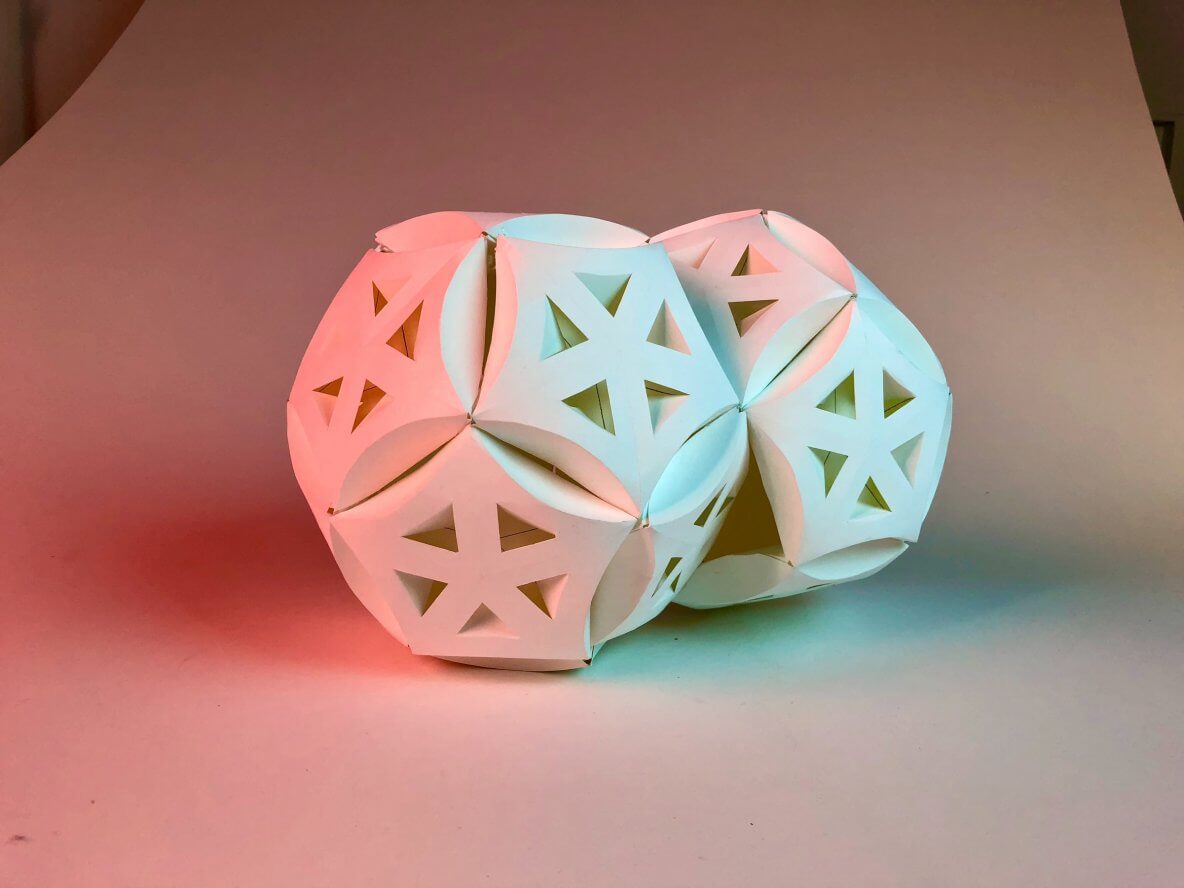 As the global 3D printing industry continues to grow, one company that continues pushing the bounds is Dremel and with the introduction of the Dremel 3D45 printer, we can boldly say that Dremel has succeeded in creating a printer that’ll not only help individuals get a better appreciation of 3D printing but also take advantage of everything 3D printing has to offer without breaking their budget.

By now you must’ve had a firsthand understanding of what 3D printing has to offer the world, and it doesn’t matter if you’ve just developed an interest in the Dremel 3D45 printer, or if you’re interested in simply gathering some information. This review will touch on everything you need to know about the Dremel 3D45 printer’s processes, materials, features, and its application in academic institutions.

But before we delve in, let’s take a moment to recall that 3D printing technology involves the use of a CAD model to build/create a physical object by gradually laying down countless layers of thin materials until a live model is generated.

One more thing you must understand as we approach 3D printers is that no one printer does everything, at least not yet, and that’s because these printers process different materials in unique ways. For instance, some 3D printers use a light source of heat to melt layers of powders, which can either be metal, plastic, ceramic, or nylon. These molten materials are used to form a defined shape. Other 3D printers either print materials by using a minor source of heat to solidify polymer resins or used the process of deposition to extrude plastics from a heated extruder to create the desired design.

With this basic understanding of 3D printing, let’s take a look at Dremel and its 3D printer, the 3D45.

When it comes to reliable and affordable printers, Dremel does an outstanding job offering several varieties of high-quality printers that can meet both educational/institutional and personal uses. And one of the places Dremel performs excellently well is with its support system that provides quick and reliable help.

Dremel has built several high-quality printers at reduced pricing, hoping to make 3D technology available to the masses. Their partnership with Autodesk has also provided CAD models ready-to-print for their clients. This collection ranges from models for both first-time and veteran 3D printer users, as well as tutorials to guide their users and provide relevant information in 3D printing.

With that in mind, let’s look at the Dremel 3D45 printer.

The printer comes with a large 5-inch full-color touch screen with a user interface that’s easy to use and understand, even for those users who lack the required experience with 3D printers in general. The touchscreen yields a futuristic look to the 3D printer.

The 3D45 comes in a self-contained environment that can be used immediately after purchasing. The printer need not be set up. Unless you’re an expert with 3D printers, we don’t advise tinkering with one because the 3D45 printer comes with proprietary technology that’s only peculiar to the brand.

Since the 3D45 is a closed system printer, the print quality is better and more controlled than other open printers.

The 3D45 idea builder doesn’t make as much noise as we’d expected, and even for a closed system printer, it was rather quiet, plus the carbon filter would protect you from harmful VOCs. So getting one wouldn’t cost you any sleep.

The internal HD camera helps capture images and time-lapse videos of the print job inside the print chamber for easy monitoring.

Has a Self-Contained Body

You can start using your idea builder the moment you unbox it. There’s no need to pull out those screwdrivers, no need to assemble any part, all you need to do is plug it up and start using it. This plug and play function proves handy for institutions.

The printer comes with:

The 3D45 is a fully enclosed, Freeform Fabrication 3D printer. Unlike some printers that run on Polar or delta configurations, the 3D45 functions on a Cartesian axis system, so it’s a lot more accurate and fast because the print-head moves on the X, Y axes while the bed moves on the Z-axis.

Dremel’s 3D45 print-head is a direct extrusion system which works by depositing molten plastic filament through a heated extrusion head, one layer at a time, onto a build platform according to the CAD data the printer was given. And since the motor feeding the filament is mounted directly on the printer, it’s easy to load and allows the 3D45 to be easily compatible with other filaments.

Although the touchscreen allows for quick and easy calibration, and the semi-automatic leveling eases the 3D45’s setup. One feature that caught our attention was the RFID chips installed on the spools of the 3D45’s filaments that allow the printer to quickly interpret them and create appropriate settings, making the 3D printer a very user-friendly printer.

The 3D45’s print bed can be divided into two parts specially designed to handle complex materials. The first part is the heated bed that can hold 100°C, which is crucial to prevent the warping of any 3D printed object, while the second part, the glass plate makes it easier to remove finished parts from the printer, not to mention that printing on the glass plate makes the first layers of the finished print finer.

But the heated and glass parts of the print bed aren’t the only way the 3D45 guarantees a warp-free print. Because the closed nature of the printer’s chamber protects not only the printer but increases the print quality by ensuring the safety of the print job and reducing interactions with external environmental factors.

Although the 3D45’s slicer’s got a great user interface, the slicing software Dremel used in the 3D45 is based on the Cura software from Ultimaker.

What Types of Material Can The Dremel 3D45 Print

The Dremel 3D45 works excellently well with PLAs. PLA, Polylactic Acid, is a very popular bio-degradable material used in 3D printing. It’s the most used filament for 3D printers because it creates high detailed parts. It works best for cosmetic prints, and it’s perfect for beginners because of its ease of printing.

Whether used as filaments in the Fused Deposition Model process, or in powder form in the sintering process. Nylons, or Polyamides, are used heavily when it comes to 3D printing. Their strong, durable, and flexible plastic nature has proved useful in 3D printing, and the 3D45 can print functional models with Nylons where the corners or the printed material itself isn’t warped.

Besides nylon, ABS is very common when it comes to 3D printing, and it’s heavily used as filaments in FDM printers. The Dremel 3D45 printer prints ABS excellently well, irrespective of whether the ABS filament was sourced from third parties or Dremel’s Eco-ABS. The prints have a very fine warp-less surface quality.

TPU, Thermoplastic Polyurethane, is a flexible material that’s resistant to abrasion, oil, can withstand impacts, and it’s also resistant to several chemicals as well as low temperatures. And although TPU is often difficult to print because of its flexibility, Dremel’s 3D45 printer handles it very well and produces great results.

Polycarbonate, PC, is another popular material in the world of 3D printing that the 3D45 handles remarkably well. It’s well-known for its transparency, strength, lightweight, resistance, and it’s generally difficult to print because they’re often hygroscopic and very sensitive to UV lights.

The Dremel 3D45 is an excellent printer that’ll fit right at home or in your workshop, and these are some reasons it’s a great printer.

Easy to Set-Up and Use

Unlike other printers that require considerable time to set-up and calibrate, the 3D45 can be made ready to print in less than 10 minutes. It equally comes with some CAD models ready to print, not to mention that the beginners would find it easy to use and understand the machine.

Should in case you run into any problem with the printer, Dremel’s team is ready to provide quick response, and an around-the-clock- team to help resolve your issues. Dremel’s website also provides an online learning platform for new users and educational institutions.

The prints generated by the 3D45 are top of the line when it comes to quality. The print layers are hardly visible, the printed object doesn’t warp, and the measurements are precise. Overall, the 3D45 produces objects that aren’t just top quality, but functional.

The Dremel 3D45 is a great printer that has certainly lived up to Dremel’s standards. The machine was tested several times, and with different print materials, yet it didn’t fail or produce prints that were deformed despite the fact that during the test, it wasn’t just used to print large objects but small objects with very high tolerances. Not to mention that the machine can keep printing for more than 20 hours without needing to stop.

Although it can be difficult to load third party filaments because the 3D45’s spool holder’s too small to support several third-party filaments, but you can sidestep this by printing one yourself.

The 3D45 printer printed difficult materials like PC, TOU, and Nylon. The process was equally complimented by the heated glass bed that increased the quality of the adhesion of the first layer and also made it really easy to remove the plate once printing was completed and it was even easier to remove the printed object from the glass plate.

At this point, we need to point out that the success the Dremel 3D45 enjoys today is owed primarily to its user-friendliness, the general ease of loading filaments on the spool holder, although the filaments must be of the right size. The RFID chips automatically help in setting the printer’s temperature profiles, not to mention the ease of setting up and calibrating the printer.

Other great features like the semi-automatic bed leveling, the WiFi connectivity, and the touchscreen make this printer a lot easier to use.  We find the similarities between Dremel’s 3D45 user interface and Cura’s refreshing.

Combined with the fully enclosed print bed on the computer and the option of purchasing the 3D45 printer as part of an educational kit, the Dremel 3D45 is an excellent choice for academic environments.

The 3D45 has been very effective for the entire test duration ran on it, delivering several parts with very little variation in scale. Also, we get to see that the printer is suitable for printing a variety of functional prototypes and models that are more than useful for academic purposes and across several fields of applications.

But it would be nice to see even more stylistic improvements on the external case of the 3D45, particularly given the sticker price. Nonetheless, the 3D45 is a really flexible printer that’s capable of generating high-quality models.

Definitely, in the future, this printer would be a powerhouse for individual and academic DIY printing.