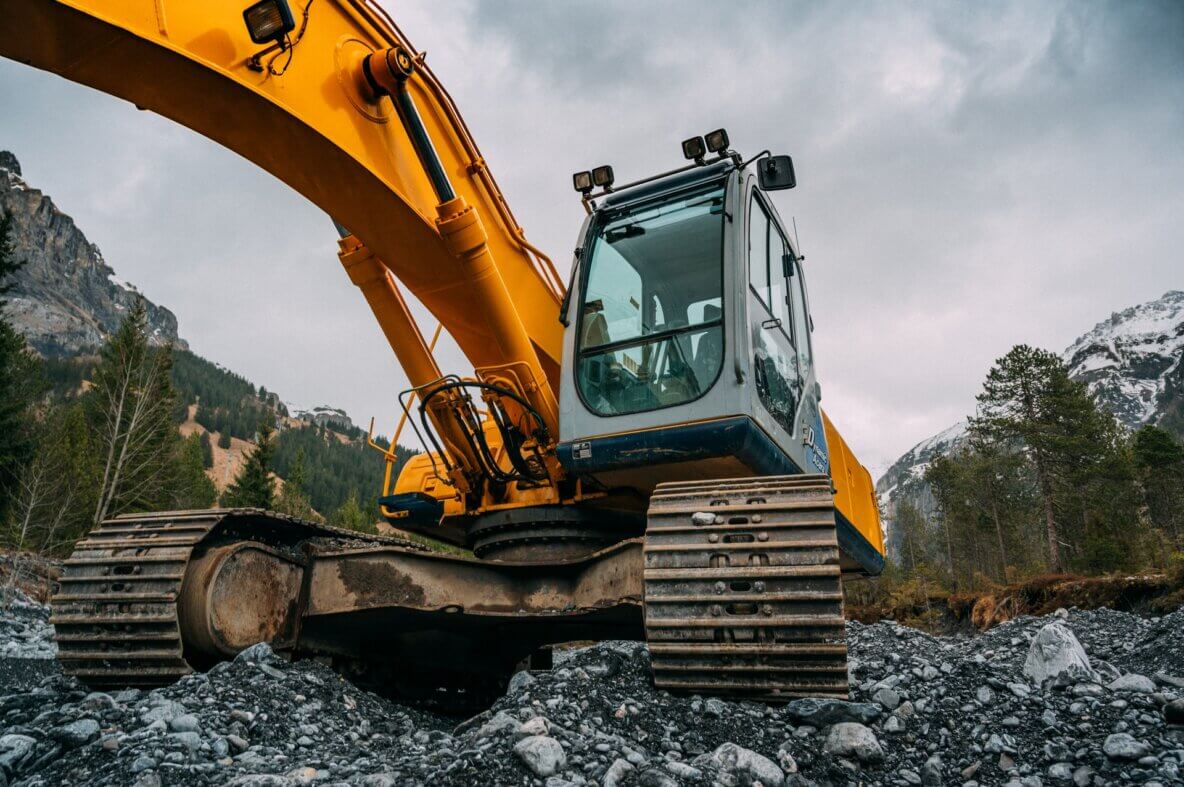 Hydraulic systems like the Automotive Brake System (ABS) of a car and elevators of buildings requires incompressible fluids, such as oil, water, oxygen, gases, and other mediums that are used to transmit forces from one location to another, and this transmission of forces is made possible through the application of the Physics Principle; Pascal’s Law of fluid pressures.

Our technology today has come to depend so much on the interactions of incompressible fluid, seeing that they form the foundation for technologies like the automotive and pneumatic braking system used in cars, and the landing gears used in airplanes.

Pascal’s law explains how fluids that are compressed in a tight container transmit force from the point of application to the point where the impact is expected.

What Is Pascal’s Law

Pascal’s law is a principle in fluid mechanics that states that a change in pressure at any point in a confined incompressible fluid is transmitted uniformly in all directions throughout the fluid, regardless of the shape of the container, such that the same change occurs everywhere.

Pascal’s law is also known as Pascal’s Principle, or the Principle of Transmission of Fluid-Pressure. The law was put forward by French Mathematician Blaise Pascal in 1653 and was published ten years later.

Blaise Pascal was a mathematician, physicist, inventor, theologian, and writer. A child prodigy that developed and explained the concept of pressure and vacuum in fluid. His inventions include the hydraulic press, the syringe, and the primitive ‘roulette’.

The best way to imagine Pascal’s law of the force present in fluids is with the help of a glass vessel with holes all over its surface.

When filled with water and a force is applied on the surface of the fluid through the piston, the water will rush out of the holes in the vessel in all directions with high pressure.

The Pascal’s principles can be expressed mathematically as:

P2-P1:    Hydrostatic Pressure. It’s also the difference between two points within the fluid container due to the weight of the fluid.

h2-h1:     Height of the fluid, also the difference in elevation between the two points within the fluid container.

For Pascal’s principles to be achieved, the following conditions must be met.

Our understanding of fluids comes from the study of Fluid Mechanics, a field of physical science that enquires into the response of fluids to force exerted upon them.

Fluids can be liquids, gases, or any other materials that can’t sustain any type of force (tangential or shearing) like solids when at rest, but undergoes a continuous change in shape when subjected to stress. Fluids escaping from the force by flowing and displaying other characteristics of fluids.

Unlike solids, fluids can’t withstand shear stresses and tend to yield to them, no matter how small these stresses may be. But, they do so at different rates from one another, one that’s determined by their Fluid Viscosity. It’s on this premise that Pascal’s law stipulates the behavior of fluids under a defined pressure.

Hydraulic systems use the power of pressurized fluid to perform tasks. Hydraulic systems are engaged in heavy equipment and perform jobs like lifting heavy loads, and other precise and repetitive tasks, which are otherwise impossible to do by mere physical strength.

As previously stated, hydraulic systems provide a way to use the enormous power present in fluids and use them as a channel to transfer mechanical energy that can perform several types of work across spheres of application.

Some of the more common ways Pascal’s law is applied to help engineers achieve their goals include the following:

One of the simplest forms of machine that works on Pascal’s law is the Hydraulic press. It comprises two cylinders of different cross-sectional areas that are combined as one and fitted with a piston that’s responsible for creating and feeling the force from the fluid.

The pressure ‘P,’ created by the small piston is transmitted equally to the large piston, and a force F2 acts on A that is much larger than F1.

Therefore, the Hydraulic press works with the formula:

Since the ratio of the area is greater than 1, then, the force F2, acting on the larger cross-sectional area, will be larger than the force acting on the smaller area F­1.

A hydraulic circuit is a system based on Pascal’s law, and it helps regulates fluid paths (where fluid flows. It equally plays a great role in thermodynamic systems) as well as regulates the fluid pressure (such as hydraulic amplifiers), carrying liquid via a series of discrete interconnected components.

The hydraulic braking system of cars, buses, and other vehicles has their designs based on the principle of Pascal law. And the process starts when the brake pedal is pushed, the force is exerted on the master cylinder which raises the pressure of the liquid inside. The liquid pressure is transferred equally to all the pistons of the other cylinders through the liquid in the metal pipes.

A small cylinder ‘A’ is connected to a wider cylinder ‘B’ in a hydraulic lift and is equipped with airtight pistons and packed with incompressible fluid. Pressure can be applied to shift the piston in a downward direction in cylinder ‘A’.

The pressure thus applied is transmitted to the piston of the cylinder ‘B’ according to Pascal’s principle. Therefore, the piston ‘B’ travels upward in a hydraulic lift, the piston ‘B’ is used as a platform for lifting a car or other heavier objects, such as a tractor, boats, etc.

Using the flow and pressure of a hydraulic pump, mechanical power is converted into hydraulic energy. This hydraulic energy is what provides the energy used in most irrigations, flood control, sewage movements, and various mining services.

Hydraulic pumps work by generating a vacuum at the inlet of a pump, pushing liquid from a reservoir into an inlet and onto the pump line. Mechanical action takes the liquid to the pump source, and drives it into the hydraulic system, as it does.

This is an example of Pascal’s Law that is fundamental to the hydraulics theory. According to Pascal’s Law, “Throughout the fluid, a pressure change occurring anywhere in a confined incompressible fluid is transmitted such that the same change occurs everywhere.”

A hydraulic cylinder is a mechanism that converts energy stored in the hydraulic fluid into a force that moves the cylinder linearly. Hydraulic cylinders have found application in several industries and can either be single or double-acting cylinders.

The cylinders activate the pressure of the fluid as part of the entire hydraulic system, whose flow is controlled by a hydraulic motor.

Hydraulic motors can be combined in a hydraulic drive system, together with hydraulic cylinders and hydraulic pumps. Conversion of hydraulic pressure and flow into torque (or twisting force) and then rotation is the function of a mechanical actuator, a hydraulic motor.

Using these is reasonably adaptable. Hydraulic motors can be connected with hydraulic cylinders and hydraulic pumps into a hydraulic drive system.

Other Applications of Pascal’s Law

The scientific concept of Pascal’s law has several real-life implications and applications that make them an important idea of physics. Pascal’s law has a variety of applications, as hydraulic systems are used in several large and small industrial settings and locations, construction equipment, as well as, buildings, vehicles, paper mills, logging, oil and gas, manufacturing, robotics, and even steel processing, all depend all on hydraulic equipment.

Below is how they’re applied in solving real problems:

After going after the full details of Pascal’s law, it isn’t so easy to come to grab with the role of the CAD software in the manufacturing process of Pascal and hydrological abiding technology. But CAD software provides the basis for Computational Fluid Dynamics (CFD). Something only the bests CAD applications and simulating programs have access to.

CAD software like SolidFace has this extra simulation services that include flow simulations that are very relevant to Pascal’s Principle. With the SolidFace flow simulations, you’re able to subject to designs to real-world conditions and elements to raise product quality and life while reducing the cost of making prototypes and running physical testing.

With the SolidFace simulates the fluid flow, fluid force, and heat transfer involved in its functional process under real-life conditions. With the added benefit of providing an easy-to-use portfolio of analysis tools that improve its virtual testing prediction of real-life conditions of your CAD models.

CFD is a software that provides technical solutions for fluid flow fields through numerical analysis. The application provides dynamic feedback on the fluid flow, force, electronic cooling, heat exchanging, aerodynamics, flow through a manifold, and other properties of the fluid and relates them to the CAD model.

Plus, most CFD programs have parametric optimization features, so users can automate the design and analytical process to the best iteration available.

When it comes to dealing with Pascal’s related models, SolidFace Flow Simulation provides an intuitive solution that’s capable of quick, easy, and efficient simulation of liquid and gas flows. This is made possible due to its world-class designs and ability to calculate product performance.