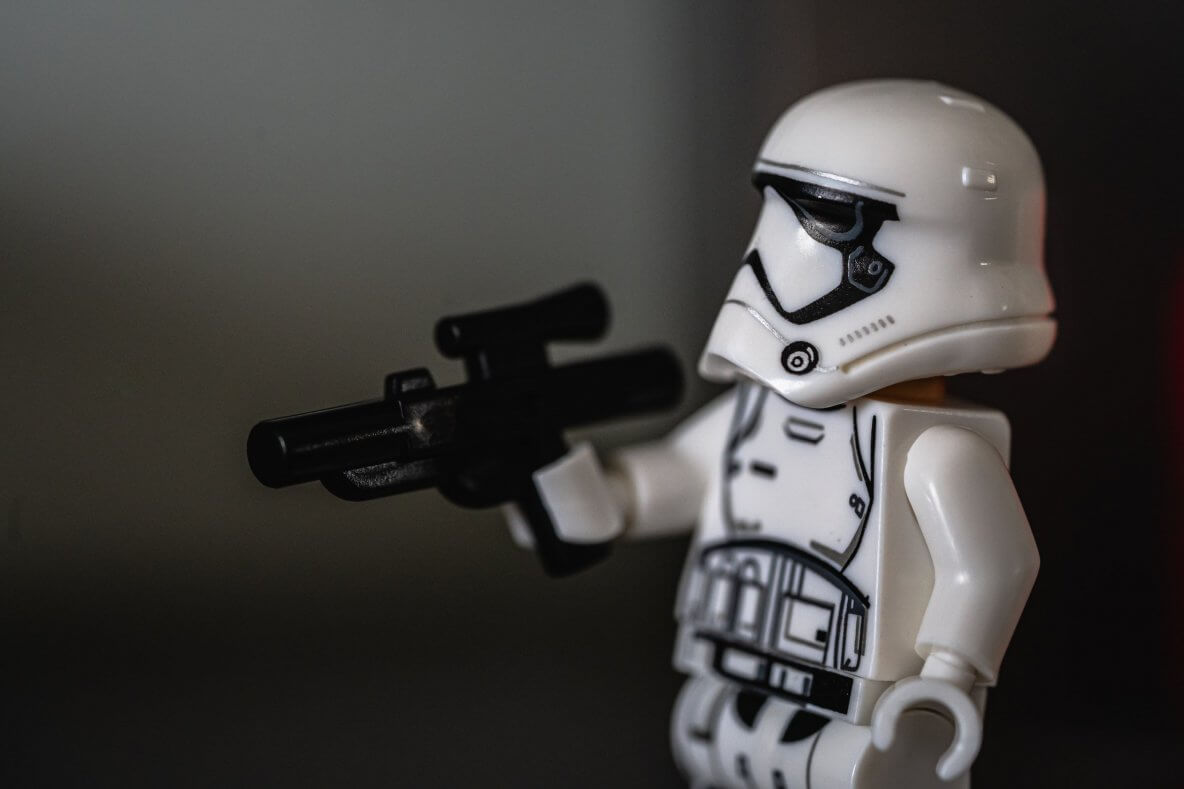 3D Printing technology is a revolutionary concept that has already begun changing the way goods of various sizes are being manufactured. This innovative technology when fully used will permeate every walk of life and industry, like health, communications, production, etc.

Many countries and companies around the world are already investing in this groundbreaking technology, as they seek to develop this new frontier and take advantage of the growing customer base. One of the leading companies in this technology is the Chinese company, Flashforge.

With companies like Flashforge pushing the pace of this emerging technology, 3D printers will soon become commonplace around us, and these 3D printers would be used for printing household items, professional facilities, and student equipment.

If you’re interested in learning more about the 3D printing process then we recommend checking some of our articles here.

Depending on size and capacity, desktop 3D printers are one of the two types of printers, the other being the Professional printers.

The professional 3D printers are extremely pricey as the price of each could go as high as $500,000, with the average price being in the hundreds of thousands. Desktop 3D printers have a price range between $400 to a few thousand dollars.

Flashforge printers are made by Zhejiang Flashforge3D Technology Co., LTD, and was one of the first professional 3D printing equipment and materials enterprises that specialized in research, development, and manufacturing to be established in China.

The company has since grown to dominate the local scene of 3D printing in China and currently ranks as the third global producer of consumer-grade 3D printers according to 3D Hubs. Flashforge has also been awarded the prestigious title of “Famous Brand in Zhejiang Province” in 2017 for their exploit in the field of 3D printing.

Their products are divided into three grade levels namely: industry level, commercial level, and civil level, which are meant to meet the needs of all their various consumers.

Today, Flashforge products are exported to about 100 countries with over 600 brand dealers, and commonly used by families, jewelry stores, education, medical, advertising, and in various other industry.

Another way 3D printers can be classified is; Closed Frame and Open Frame printers. Open-frame 3D models provide easy visibility of the print jobs in progress, easy access to the print bed, and extruder to allow for any adjustments.

While the Closed-frame 3D printers, on the other hand, have an enclosed structure with a door, walls, and a lid or hood. A closed-frame model is much safer, as it helps keep the kids, pets, and in some cases, adults from accidentally touching the hot extruder. The closed-frame also provides quieter operations, as fan noise reduces, as well as possible odor, especially when printing with ABS, which normally oozes a burnt-plastic smell.

Flashforge is one of the 3D printing brands that have continued to maintain the production of Closed Frame printers. A feat that displays their chief priority for the safety of the user and equipment.

Since Flashforge began operations over a decade ago it has remained relevant in the industry, as they have consistently ensured that their products are usable, of top quality, user-friendly, and safe.

Their Printers have affordable price tags, with some of them costing only a few hundreds of dollars, like the Flashforge Finder which costs below $400, and is much cheaper than a Creality Ender 3.

One signature elements of Flashforge Printers are their easy to remove slide-in build plate. The plate provides a platform for the 3D printers nuzzles to create the object being printed. The plate is made of heat-resisting plastic material, that makes it safe to remove and adjust printing.

Flashforge printers are made with intuitive calibration detection systems that assist in printing level and accurate prints. The leveling system supports the nozzle and transports it around the build plates. And the user’s well informed with clear messages on the touchscreen display of the 3D printer.

Wireless and other Connections

The Flashforge printer is very versatile when it relates to its connectivity and data transfer options. Their printers have been recently upgraded to second-generation Wi-Fi connection that provides a more stable wireless file transmission.

The printers are also delivered with an 8GB flash memory, USB cable and stick, 3D online cloud connection, that allows you to store, edit, share, and print via the online structure. With these features, your device can print STL and obj. file types.

The delivery package is the extra tools and features that come with the 3D printers on delivery. These tools include the following:

Flashforge 3D printers are made for home, education, and professional purpose. Their structure and design make them suitable for around kids and non-professional. But, their printers are produced in two different categories. Which are the Consumers and Professional Grades?

Some examples of their Consumer Grade 3D Printers are:

Examples of these Flashforge 3D printers made for Professional Grade printing includes:

The Old Flashforge Creator model has always been very popular with 3D printer enthusiasts, as it was offered with a very attractive price tag that didn’t still compromise on the quality.

The Old model of the Creator X was built with an old wooden box style frame that has since been replaced with a new and improved metal frame. This new frame is much more resilient to wear and tear while favoring better overall structural integrity.

Other features that make this new Creator X great are the durable high-temperature resistant plate that’s made of aluminum and helps prevent warping and other heating defects, Powerful LED lights that surround the printing area offering convenience.

The Flashforge Creator X remains compatible with the spool of ABS filament, PLA, and also uses double extruders and spools.

Getting Started with the Flashforge Creator X

After ordering a new Creator X 3D printer, Flashforge got you covered as the Creator X is a well packed for shipping and transportation to ensure that the printer arrives in one piece. Because there is nothing worse than waiting several days for your new printer, only to get the package in damaged condition.

The Finder 3D Printer is a beginner-friendly printer first launched about five years ago and remains the top pick for its usability, approach, and quality. The printer got a lot of great new features that make them stand out.

They’re built with WiFi connectivity and a colored touchscreen that’s very convenient for first-time users. They’re decently priced as they only cost $400 and have more capacity when compared to similarly priced models.

According to the Autodesk Kickstarter test, a test that concentrates on the 3D printer’s precision. The Flashforge Finder scores a 19 out of a possible 30 points. With a breakdown below.

The AD1 Printer is a large 3D printer that can print a sturdy, lightweight channel letter sign in very few hours. The AD1 printer allows for lights to be added to the letters they create.

The AD1 is built with an automatic stop printing when the filament is exhausted and also resumes printing after the new filament is loaded.

Extruder lifts instantly on sudden power failure, to help avoid damage of the printed model by its high-temperature nozzle, and resume printing when the power is recovered. Saves production time.

Flashforge Printers use filaments that are produced in their Zhejiang factory. The rolls follow a very high-quality control standard. And are therefore a suitable raw material for all 3D prints and devices.

Flashforge produces several types of these Resins for their printers, that are suitable for medical, jewel smith, and other purposes. Some of the common versions are listed on the company’s product page.

Today’s 3D printers come with software on a disk or as a download. It’s Windows-compatible, and in many cases can work with MacOS and Linux as well. Not long ago, 3D printing software consisted of several parts, including a printing program that controlled the motion of the extruder, a “healing” program to optimize the file to be printed, a slicer to prepare the layers to be printed at the proper resolution, and the Python programming language.

How Do You Want to Connect to the Printer?

Most 3D printers use their USB and SD card ports to receive CAD and 3D files. But with Flashforge 3D, you get not only the USB, SD features but a Wi-Fi, Ethernet, and the best part an internal memory capable of recalling previous prints and reproducing them.

Just a few 3D brands offer wireless connectivity, either via 802.11 Wi-Fi or a direct peer-to-peer link. Flashforge printers are leaders in this category, with only possible downside of wireless being that, since most 3D files can be more than 10MB in size, it could take much longer to transfer them.

Flashforge Printers are one of the safest available in the market and most suitable for beginners looking for an easy introduction to the world of 3D printing. Flashforge printers are easy to use, produce solid designs, and boast of a sleek design.

Flashforge Printers are also more affordable than most printers in its category and still offer great extra features that give them an edge over their competitions. They’re by no means a perfect printer but they offer a good foundation for users to grow in the industry.