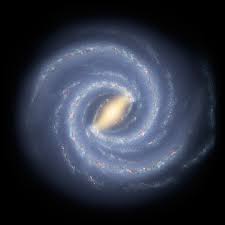 Anyone who took their technical drawing seriously would know that in just the same way hyperbolas and parabolas are derived from conic sections, ellipses as plane shapes, are formed when a cone is intersected by a plane. Ellipses have a lot in common with both hyperbolas and parabolas, being that they can all be derived from conic sections. To learn more about the elliptical shapes mathematically, check this page out here.

Applications of Ellipse and Elliptical Shapes

By now you should already know that the Elliptical shape, in simple terms, is a curve on a plane. Now, ellipses have found application in several theoretical and practical sciences like engineering, building construction, physics, CAD, astronomy, mathematics, and even medicine.

In astronomy, Ellipses are used to study the orbit of each planet in our solar system because each planet orbits the sun in an elliptical path with the sun at one end of the ellipse’s focal point. Moons, satellites, and comets all share this elliptical travel path with their parent planet, or in the case of comets; the sun. So it stands to reason that when it comes to the motion of planets in space, we’re basically talking about ellipses. But astronomy isn’t done with ellipses because when it comes to studying the shape of stars and planets, astronomers also dwell with the ellipsoidal shapes of these heavenly bodies.

In Mathematics, ellipses are curves on a plane with two focal points such that when we take the value of the sum of the distance of its focal point, they’re always constant at each point in the elliptical curve. If you’re wondering how a circle is distinct from an ellipse then know that for a circle, the focal points are all in one particular location, making the circle a very special kind of ellipse.

In building construction, the elliptical shape of the ceiling, dome-like roof, greatly increases the acoustic property of the building. Sounds travel better, making it easier to hear sounds across the entire structure.

In Physics, elliptic mirrors with a light source at one focal point all possess a special property that allows the transmission of all the light rays reflected from one focal point to the other focal point. This property has helped physicists define ellipses properly.

In CAD, ellipses and elliptical shapes have come a long way since Jack Bresenhaham introduced the world to 2D drawing of lines and circles but M. L. V. raised the bar with his introduction of conics and conic sections. CAD has long since improved, with the introduction of parametric modeling, creating and managing ellipses and elliptical shapes have never been easier.

Ellipses play a really important role in perspective drawings because they add a touch of realism that isn’t provided by regular circles. Cast your minds back to those hand-drawn cars of the past, you’ll agree that it’s the elliptical shape of the wheels and tires that seem to make the drawings come alive.

Parts of An Elliptical Shape

The Foci points of an ellipse are two points inside the ellipse on the major axis such that when the sum to each focus point is always constant. The foci distance is the distance between the foci points and the center of the ellipse. And it’s also worth noting that this happens to be one of the ways mathematicians define an ellipse.

The center/midpoint of the ellipse is the point where the minor and major axes meet.

How to Draw an Ellipse

There are several methods to drawing an ellipse, although its an established fact that CAD software like SolidFace is one of the best and easiest way of creating elliptical shapes and other plane shapes, Let’s delve a  little further and understand some of the methods involved in the creation of elliptical shapes.

The Pin and String Method

The Pin and String Method of drawing ellipses is very easy to practice and was developed because the distances to the foci of an ellipse are always constant, so we can easily draw an ellipse by using, a piece of paper, a string, a pencil, and two drawing pins. We begin by pushing the pins into the paper at two separate points, which becomes the foci points of the ellipse we’re about to create.

Next we tie a string to each of the two pins and the tip of the pins. The pencil’s tip pulls the sting in a loop and forms a triangle.

Now, holding the pencil, trace a path with the pencil as it holds the string stretched. This method isn’t very accurate on paper so don’t get frustrated if you don’t get it right, but it works perfectly outdoors.

Drawing ellipses this way is also known as the gardener’s method.

The trammel is made up of a long rectangular bar that’s attached to two small shuttles that are confined to a path. As the shuttles move along their designated path, the long rectangular bar cuts an elliptical path. With a trammel, you can easily generate the shape of an ellipse, and this knowledge has played an important role in the development of the ellipsograph, a device that cuts either sheet metal or wood into elliptical shapes.

With the basic understanding of geometry, you can also create ellipses. When it comes to creating ellipses with technical drawing, you’d need your drawing board, rulers, a mathematical drawing set, and a sheet of paper.

There are several methods you could easily use to draw an ellipse on paper, and some of them are:

How Ellipses and Elliptical Shapes Work

Elliptical shapes are everywhere around us. If you look at a circle from any angle, then what you’re seeing is an ellipse. Designers call this viewing angle the degree of the ellipse. Understand that this phenomenon holds true even if you view a perfectly circular shape at an angle. This understanding comes in handy when you intend to hand-draw an elliptical shape. To quickly learn how to draw Elliptical shapes with SolidFace just click here.

How to Correctly Position an Elliptical Shape

You’ll need to fully understand how elliptical shapes work if you want to create them perfectly, especially in perspective drawings.

Firstly, Check for the minor and major axis. If you’re drawing a car, most of the time, the minor axis is almost always perpendicular to the centerline of the drawing you’re creating, so you have to make sure that yours follows this general rule.

Secondly, make sure that the elliptical shape’s degree of inclination corresponds with the drawing you’re creating. SolidFace easily handles this for you.

In this day and age when CAD has become the driving tool for all engineering drawing and modeling, its practically a waste of time and energy to fully model anything on paper when you could get it done accurately like the professional you are, and in less time too. SolidFace is one of the best CAD modeling tools that would more than satisfy all your design needs. From its amazing cloud collaboration to a modern advanced parametric modeling system that is also compatible with Additive Manufacturin to g.