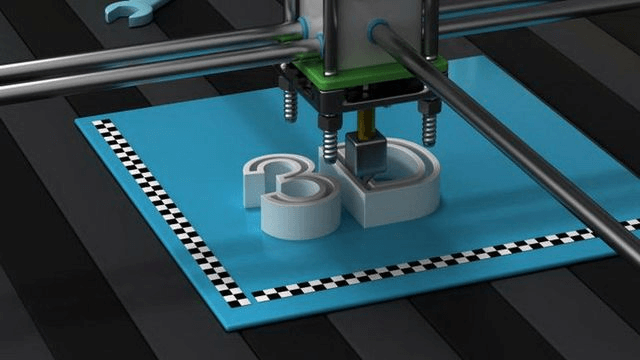 Besides 3D printing, traditional technologies and tools such as lathe and milling tools were frequently used in the manufacturing process of every product —Sometimes assisted with CAD/CAM software— but they were not always reachable by everybody. Nowadays, still, when traditional technologies are available, they are associated with high costs and low efficiency that not everyone can afford. In order to supply this need, newer technology has arisen in the market, known as an additive manufacturing process or commonly called 3D printing. Also, this newer technology seeks to be reachable to more people in contrast to traditional tools and to allow to produce a higher level of precision and complexity of the pieces and final products and can be used in high standards and quality industries such as the medical industry.

WHAT IS 3D PRINTING/ADDITIVE MANUFACTURING PROCESS?

3D printing or additive manufacturing process is a fabrication process where three-dimensional parts are constructed by adding layers of materials on point, line, or planar surfaces. And on the contrary of what it might be a popular belief, 3D printing is not technology from this century. It can be traced back to 1986 where Charles Hull developed the process of Stereolithography that consists of focusing a laser into a photosensitive liquid to induced polymerization and transform it into a polymerized solid. Also, the first fused deposition modeling (FDM) machine that was marketed can be traced back to 1992.

3D printing is a technology that can be used with different types of materials. According to Statista, plastic, metals, and resins were the top three materials used by the professionals surveyed with 65%, 36% and 29% of them answering to have used each material respectively in 2018. Other materials that were reported to be used by professionals in minor frequency were Multicolore/sandstone, wax, and ceramics for the same year.

In terms of uses, a survey reported by Statista shows that the three principal types of uses for 3D printers were Prototype, Production, and Proof of Concept, meaning that 55%, 43% and 41% of the respondent use it for each type of use respectively. Some minor part of the professionals has claimed to have used 3D printers for other purposes such as Marketing sample, Education, art and hobby.

A Statista survey showed that the three most used 3D printing technologies amongst professionals in 2018 were Fused Deposition Modeling (FDM) that was used by 46% of the respondent, Selective Laser Sintering (SLS) by 38% and Stereolithography (SLA) by 33%. Other methods that some professionals reported to used were Direct Metal Laser Sintering (DMLS)/Selective Laser Melting (SLM), Polyjet and MultiJetFusion.

Fused Deposition Modelling (FDM) is an additive manufacturing process where the object is created using layer-by-layer deposition of a plastic filament. This name is, in reality, the trademarked term, this process is also called Fused Filament Fabrication (FFF). This particular process has been reported to be used in a pharmaceutical investigation in the fabrication of a caplet containing 9mg of budesonide. Also, this process has been used in the 3D printing of textile-based structures, such a weft knitted structure, lace patterns, and multi-layer multi-material structures.

Selective Laser Sintering (SLS) is defined as “a type of Powder Bed Fusion (PBF) wherein a bed of powder polymer, resin or metal is targeted partially (sintering) or fully (melting) by a high-power directional heating source such as laser that results to a solidified layer of fused powder” and is the second most commonly used by professionals. According to an academic article, this is a technique used mostly for rapid prototyping, rapid manufacturing, and rapid tooling, being a leader on the mentioned applications, and also has been used in industries such as aerospace, molding and biomedical.

Stereolithography defined early in this article, is a 3D printing process that can also be used for rapid prototyping and among the applications reported it includes automotive, jewelry making, and in medical areas products such as implantable devices like a tailored implant and in tissue engineering.

Among the three most used 3D printing processes, different materials can be used. For example, SLS can handle polymers, ceramics, and composites. Meanwhile, Stereolithography and FDM/FFF can handle the mentioned materials, and also hydrogels and cells.

WHERE TO KEEP YOURSELF UPDATED?

Journals, Magazines, Expo & Conferences are the best place to keep yourself updated with the latest advanced on this 3D printing world. Places and events to keep yourself informed are listed next

In general terms, 3D printing technology has already shown its true potential as a leading manufacturing process for multiple professional areas, whether for building rapid prototypes or to create human tissues, we expect to see great thing from this technology and what can be done with it, and be sure we will be exploring more details about this world in further articles. One thing is clear, despite the project you are working on, in order to use this technology, you need a 3D modeling software, and a CAD software to accomplish your goal with 3D printing, and the Solidface team has developed a software compatible with this technology and is constantly working to deliver the best quality tools for you and your team to achieve the excellence in your project.