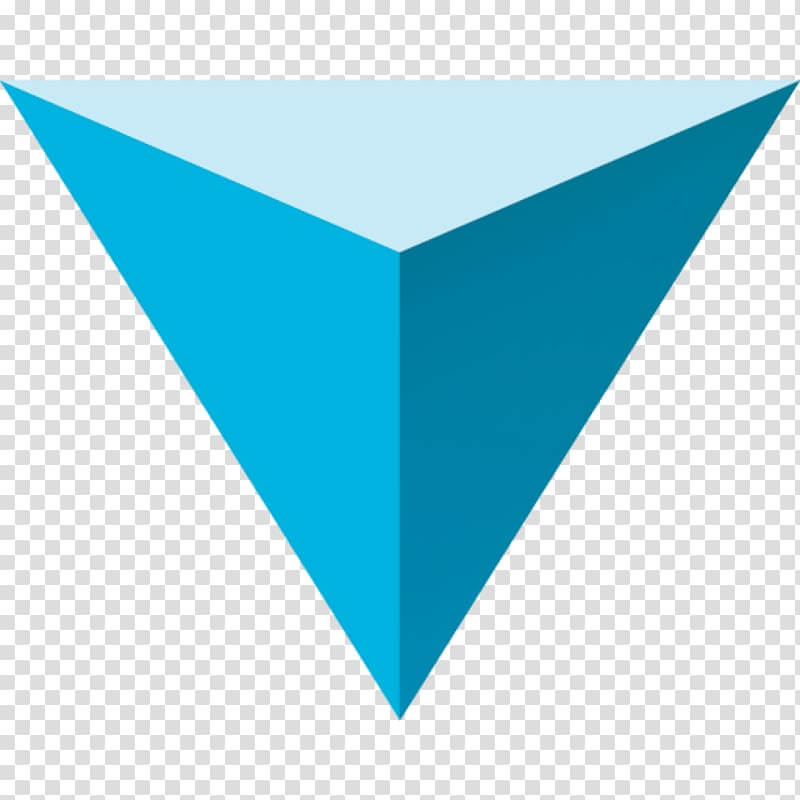 The 3D triangle is one of the most common shapes used on a daily basis by CAD professionals. Because triangles are exceptionally strong, they are very valuable to 3D designers. Triangles are important to the way that we build our physical and virtual environments.

Because triangles are the simplest polygon, they are very special and useful shapes. They provide a common approach that can be used to solve complex geometric problems. Any complex surface can be easily analyzed by approximating its shape by a mesh of triangles.

Why Are Triangles so Powerful

Even though triangles are very simple shapes they are extremely important when it comes to designing physical and virtual structures. Essentially a three-sided polygon, there is a wide variety of ways to draw a triangle. There are equilateral triangles, isosceles triangles, and scalene triangles.

The angles from within a triangle also play an important role when it comes to making a practical design. No matter what type of triangle you are working with, the sum of the angles is always 180 degrees. The measurement of an angle within a triangle will determine whether it is acute, obtuse or a right-angled triangle.

Any design or structure that needs to be strong will require the use of triangles. As there is a wide variety of applications, triangles play a fundamental role in how we shape a physical object or virtual environment. CGI characters that are used in TV or video games and other 3D models are approximated by an incredibly fine mesh of triangles.

How 3D Shapes Are Made

A 3D object is any shape that has three dimensions and 3D designs can be a simple shape or a bunch of complex shapes joined together. Three-dimensional shapes often consist of bases, faces, edges, and vertices. These shapes have depth and represent solid shapes that we come across in everyday life.

The base can be made from any 2D shape and is the foundation from which the shape is built on. The base for a cylinder is a 2D circle and the base of a 3D cube is a 2D square. Most basic 3D shapes like cubes, cylinders, spheres, and pyramids use squares, circles, and triangles as basic 2D shapes for their base.

However, the base does not have to be limited to a simple 2D shape. Triangles make it possible for us to use more complex geometrical structures like hexagrams, pentagrams, octagrams and more for the base of our 3D structure. Not only do triangles add complexity to a structure but they also open a world of possibilities for 3D shapes that can be created.

The Basics of 3D Triangles and Pyramids

3D triangles are some of the most important and most frequently used shaped when it comes to CAD. 3D triangles and pyramids add strength and support to any structure or 3D model. There is an almost infinite amount of 3D triangles that designers can use in their CAD drawings.

Most 3D triangles or pyramids are constructed from a single base with all of the faces meeting together at a single apex. The number of faces that the pyramid carries will depend on the shape of the base. A 3D triangle or pyramid can be based on virtually any shape, even a circle.

The most basic pyramid that people are familiar with is the standard tetrahedron. This pyramid has a standard triangular base and three triangular faces which meet at the top in a single point or apex. Even though the tetrahedron uses a triangular base, a pyramid can be based off of literally any 2D shape.

One great example of this is the standard cone-shaped pyramid. The cone is a pyramid that has a circular base. The sides of the circle are pulled up towards a single point or apex and thus the cone is formed.

A 3D triangle with a square base and a single vertex is also known as a square pyramid. These pyramids have 5 faces all together with the base included. Four of the edges of the square meet at the top or apex of the pyramid.

The more sides the polygon in the base of a 3D triangle has, the more cone-like the pyramid will become in shape. Pyramids or 3D triangles can also have convex, concave, equilateral, equiangular and even irregular polygons as a base.

Moving up from the basic quadrilateral 3D triangle you get the pentagonal pyramid. This 3D triangle has six faces in total if you count the base. The base of the pyramid is a regular 2D pentagon shape that has five sides.

From the hexagon upwards as we start moving towards polygonal shapes that have more sides the 3D triangle or pyramid will become more cone-like in structure. This is because the shape that we are using for the base is becoming more circular. Even though the pyramid becomes more like a cone, the faces and edges will be distinctly pronounced according to the number of sides of the shape in your polygonal base.

With a hexagon, you will start to see a more cone-like a pyramid with a few large and distinct faces. As we gradually upgrade the base to a hexadecagon shape the spherical cone structure of the triangle will remain, however, the edges and the faces of the 3D object will increase accordingly.

However, deep grooves or will start to from as some of the faces on the surface of our pyramid start to face inward towards each other. If you take a regular square base pyramid and dismantle it from the apex down, you will get a 2D four-pointed star or quadrilateral. The quadrilateral is a square with a triangle placed on each of the four sides.

A quadrilateral based 3D triangle or pyramid has a more complex geometrical shape than regular pyramids with a polygonal base. As you add more sides to your polygon and more triangles on top of those sides the complexity and variation of the shape of your 3D triangle will increase.

Pyramids with a star polygon base are also known as star pyramids. A 3D triangular pyramid can also be constructed from a pentagram base. A pentagonal star-based pyramid has the same vertex arrangement as a pentagonal pyramid but has more faces.

When two equilateral triangles are placed over each other a hexagram is formed. The hexagram star pyramid has six point star shape for the base. Each point of the protruding triangles facing away from the polygon center forms an edge of the cone and they meet together at the apex of the cone-shaped pyramid.

3D triangles can also be based on concave 2D polygonal shapes. Aside from the near-infinite amount of 2D geometric bases that a 3D triangle can have, the shape and structure can be altered by displacing the apex of the pyramid. When the apex of a 3D triangle or pyramid is positioned off-center, it is called an oblique pyramid.

Why is this important?

When you overlap the frame of a 3D cube over the shape of a square-based pyramid, you will find the center of strength for that object. The apex of the square-based pyramid indicates the point on the 3D cube that can handle the most strain and force under pressure. This is important for architects and engineers who want to design a model that is as strong as possible.

This method of finding the center of support can be applied to virtually any 2D shape which is the base for a 3D shape or prism. If you want to know how to balance or position 3D objects on top of each other correctly so that the weight is distributed evenly you can use a pyramid to determine the center of strength for that object.

If a 3D designer is faced with a situation having to stack several objects on top of each other, knowing where the center of support lies within the objects will help immensely. Let’s say the 3D model requires two cylinders to be placed on top of two cubes with an added structure stacked on top of the cylinders. Placing the pillars or cylinders directly over the center of the cubes will help to distribute the weight of the overlying structure more evenly than if they were placed near the edges of the cubes.

The Basics of 3D Triangles and Prisms

Prisms come in all shapes and sizes and are identified as polyhedrons with identical 2D polygon ends and flat parallelogram faces. A cylindrical prism consists of two duplicate circular ends which are connected. A square prism can have the shape of a cube or a rectangular box depending on the measurement that connect the ends together.

The shape of a regular 3D prism can vary according to whether duplicate equilateral, isosceles, scalene triangles are used on both ends. As there are literally thousands of different sizes and measurements for scalene triangles many different kinds of triangular prisms can be created from these shapes.

2D triangles can also add complexity to regular 3D cylindrical prisms. If we take any regular polygonal shape and add triangles to the sides we get star-shaped polygons. When these edges are duplicated to create a prism, the spae will still be cylindrical.

If there are more triangles the grooves will be narrower and closer together, and fewer triangles create a wider gap between the grooves. For this reason, a prism with a pentagram edges will have wider grooves running along its core than a prism with octograms on its edges.

Why Are Triangles Used in 3D Modeling?

A polygon with more than four vertices and edges is known as an ngon. An ngon can always be divided into quads, triangles or a combination of the two due to its geometric shape. By adding connecting edges between the border vertices, an ngon can easily be removed.

For the most part, designers who construct 3D models avoid using ngons and opt to use triangles instead. This is because ngons produce unwanted topology due to poor subdivision. Ngons disrupt the edge flow of 3D models and this can make the selection of edge loops more difficult for the designer.

Strange rendering or smoothing artifacts that are almost near impossible to eliminate often arise with the use of ngons. It is always better to use triangles to construct your 3D model as they will be sure to subdivide properly.

Ngons also cause unwanted behavior when importing or exporting 3D models. Some CAD solutions don’t handle ngons very well and trying to work with the surfaces of the exported model will produce bad results. Other CAD solutions will bring up an error saying that the model can’t be imported as ngons are not supported by the software.

In the end, using triangles is considerably risk-free as these shapes can be used across platforms and in various different design environments. Using triangles in your 3D model will almost never produce unwanted results, errors or problems.

All of the sides of a scalene triangle is incongruent and for this reason, they are not frequently used in architecture. Scalene triangles cause an uneven distribution in weight because they have no symmetry. A construction containing scalene triangles will be weak and unstable as one angle will have to carry more pressure than another.

Is a tetrahedron a pyramid?

Why are there only five platonic solids?

What is a hexahedron?

What is the difference between a pyramid and a triangular prism?